In order to answer some basic questions you might have about the York Rite of Masonry and, more specifically, The Holy Royal Arch, we have prepared the following: 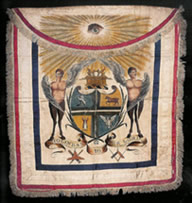 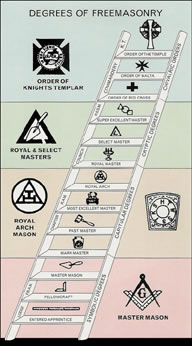 What is the York Rite of Freemasonry?
The York or American Rite is, most likely, the oldest Rite of Freemasonry. The earliest extant record which is undeniably “Masonic” is a document called the Halliwell Manuscript, or Poem, which dates to roughly 1390. This is, presumably, a copy of a much older document. This old poem tells a lot about the ancient craft, and specifically tells a legend about its origins. The legend of the “York Rite” begins in the English city of York in 926. This is sometimes termed the “Athelstane legend” and at other times termed the “Edwin Legend.”Athelstane was the King of England at this time and his son, the Prince, Edwin was the Master of the Craft of Masonry.
Here is one minor quote referencing Athelstane from the Halliwell poem:
“An to worshepe hys God with alle hys might.
Thys goode lorde loved thys craft ful wel,
And purposed to strengthyn hyt every del, …”(emphasis added)
The modern York Rite does trace its heritage to these origins 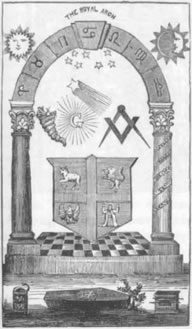 What is a Chapter?
A Chapter is a group of Masons meeting and practicing the Royal Arch Ritual. 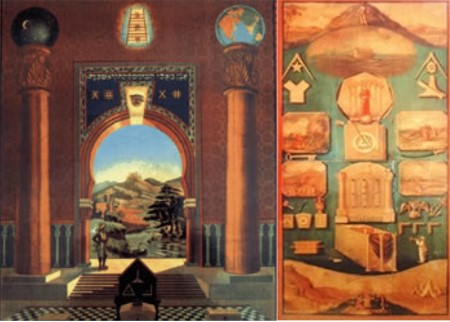 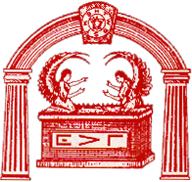 Why is it called The Holy Royal Arch?
The name of the Holy Royal Arch Degree has been often debated. Certainly a central part of the symbolism of the Chapter is the “keystone arch” as shown in the drawing to the left. But this may be just part of the story.
In his excellent Restorations of Masonic Geometry and Symbolry (sic) Bromwell makes excellent arguments on this topic.
These arguments run both etymologically and in terms of symbolism, and indicate that it wasn’t the “arch” in the old woodcut to the left, but probably the “ark” which is the central focus of this degree.
The true origins of this degree are lost to history. But one of these symbols seems to fit the description of “Holy, Royal and ARK” more than the other. 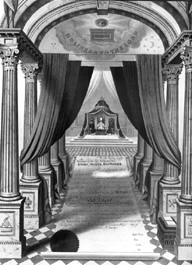 If Freemasonry is not a religion, why is there an officer called the High Priest?
The Blue, Craft or Symbolic Lodge uses the allegory of the construction of King Solomon’s Temple to illustrate the development of each man into a “better man.”
The Royal Arch Degree uses the reconstruction of the Temple allegory, for a similar purpose.
The Royal Arch Degree in particular tells the Story of the release of the Jews by King Cyrus the Great, and their return to Jerusalem.
Jeshua, Zarubbable, and Haggia – the King, High Priest and Scribe, direct the Reconstruction of the Temple. This is the same story that is told in First Chronicles.
This explains the titles of the officers of the chapter. They are termed the “Scribe,” “King,” and “High Priest” in reference to Jeshua, Zarubbable, and Haggia.
During the reconstruction, something that was lost, locked away in a secret vault, was found.
Just as it can be in all good men. 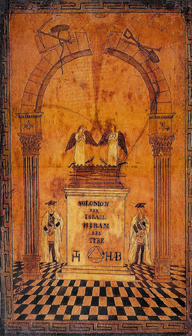 The Holy Royal Arch?
The Holy Royal Arch has been practiced since at least 1738 in England and at least 1753 in America.
Some of the earliest Masonic records date the origins of the Royal Arch Degree to Ireland, in the late 17th century.
The “Old Minute Book” of Fredericksburg Lodge records show that the Royal Arch Degree was conferred on December 22, 1753. See Fredericksburg Lodge No. 4
This is the same Virginian lodge that George Washington was “raised” on the August 4th of the same year.
We know that the Royal Arch was an extremely important degree to the “Antients.”
Its validity and importance was part of the struggle between the United Grand Lodge of England and the “Antients.” This dispute was resolved in 1818 with a compromise which reads: “Pure Ancient Freemasonry consists of but three degrees, viz. that of Entered Apprentice, Fellow Craft, and Master Mason, including the Supreme Order of the Holy Royal Arch.” 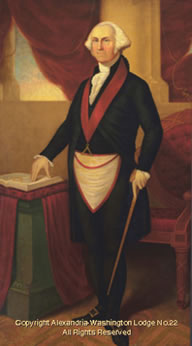 This is a painting of Brother George Washington dressed as a Royal Arch Mason. How can we tell?
The Blue, Craft or Symbolic Lodge uses the color blue for its accoutrements. This usage seems to date back at least to the establishment of the United Grand Lodge of England. (UGLE)
The Holy Royal Arch has traditionally used the color red.
In the picture Brother George wears the red apron of a Royal Arch Mason. He also wears the triangular jewel which is specific to this degree.
Due to a strict lack or records, we can not be certain that Brother George was in fact a Royal Arch Mason. But the Alexandria Lodge, of which he was a member, seems to have been the first American lodge to confer the Royal Arch Degree.
In addition, Brother Washington did have among his personal possessions several Royal Arch artifacts. To hear a good discussion on this topic, please bring it up over dinner at your local lodge. 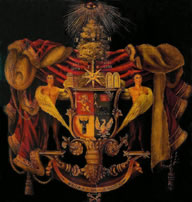 What Does “Holiness to the Lord” signify?
The motto of the Holy Royal Arch is “Holiness to the Lord.”
This is a phrase found often in the old testament. First on the graven plate on Aaron’s forehead in Exodus, then in Zechariah, and then often throughout the old testament.
In the picture to the left, the phrase “Kodes La Adonia” adorns the coat of arms of the “Antients.”
This translates from the Hebrew as “Holiness to God.”
Notice the “Four Living Creatures” in the center of this old painting. 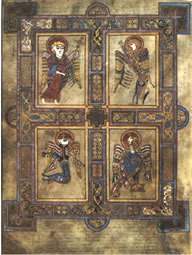 Grand Chapter Royal Arch Masons Four Living Creatures
About the “Four Living Creatures.”
The “Four Living Creatures” play a prominent role in the ritual of the Royal Arch. These are said to represent the Four Principal tribes of Israel: Dan, Reuben, Ephraim and Judah.
These same living creatures have been present throughout the bible, old and new testaments alike. These are the creatures of Ezekiel’s vision, and the same creatures are mentioned in Revelations.
These same “Four Living Creatures” most likely belong to an older esoteric tradition. A similar grouping of “creatures” is carved into the Egyptian Temples at Karnack and Memphis.
They can also be found as four constellations in our night sky.
The image to the left is from “The Book Of Kells,” and Irish illuminated manuscript of the New Testament completed circa 800 AD. In this case the creatures are assigned to the four evangelists.
There are strictly no references to the New Testament in the Royal Arch Chapter, as the historical context is the re-construction of the Temple in roughly 515 B.C. 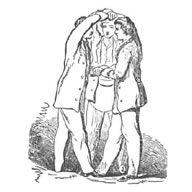 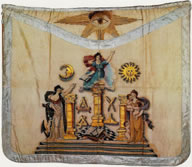 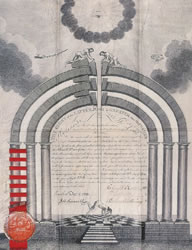 A sincere Thank You to
Companion Pat Stanton
of Ellensburg Chapter #11
for researching and writing the above
outstanding information.